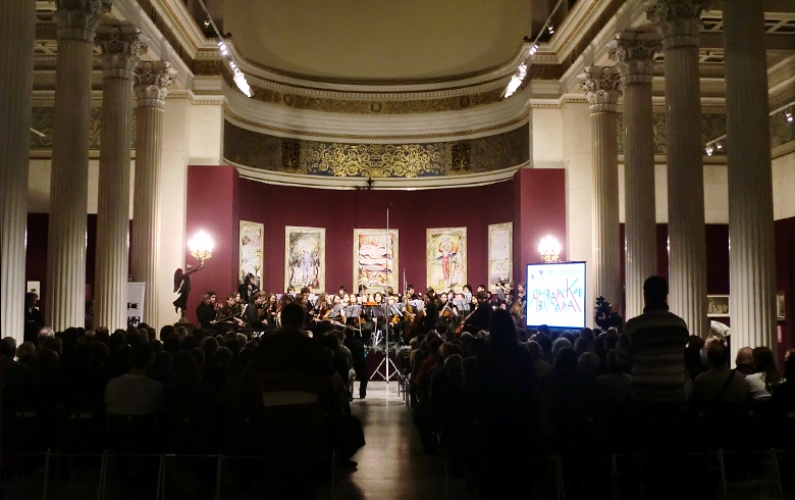 January Nights is the youthful follow-up to Sviatoslav Richter’s famous December Nights. The key idea behind the Festival is to support youth’s creative potential, discovering young people’s talents through a synthesis of music and painting. The AVC Charity Foundation has supported January Nights since 2013.

The Festival takes place at the end of January at the Pushkin Museum, in a friendly informal atmosphere among William Blake’s paintings where children can perform on-stage or simply be part of the audience.

Launched in 2007, young Muscovites were able for the first time to ‘see’ and picture the melodies performed by the youthful musicians of the Gnessin Virtuosi Chamber Orchestra. Since then, January Nights have opened in Yekaterinburg, Orenburg, Kazan and Vic (Spain).

The programme consists of an opening concert, a theatrical piece at the Museion Hall, a creative drawing workshop accompanied by live music in the Richter memorial apartment and a final gala-concert.

Each year January Nights mirrors the December Nights musical themes — planned well in advance, recorded by the Gnessin Virtuosi and posted at the beginning of October on the January Nights and the Gnessin Moscow Special Music School’s websites.

More details can be found at the project’s website (in Russian).